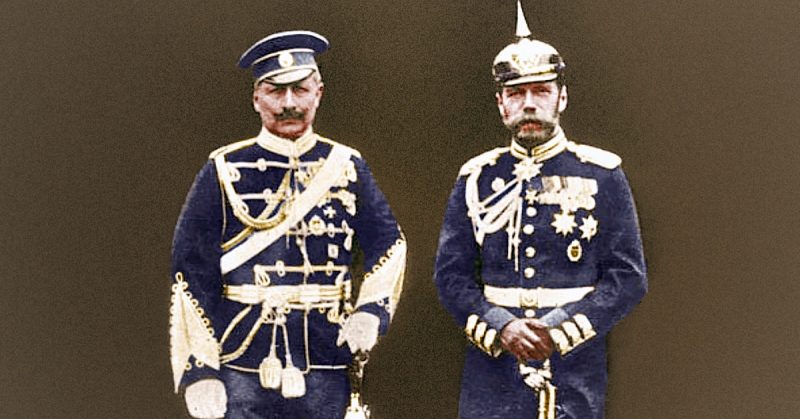 These imperial cousins are of considerable controversy. Both were the last leaders of their respective empires and dynasties. Both were men who held considerable power in a European power. Both were subject to critiques of their leadership, particularly relating to the First World War. Wilhelm II, whilst still controversial, has seen more nuanced interpretations by historians and citizens. Nicholas II has seen something of a revival at the hands of the Russian Federation, given saint-hood by the Russian Orthodox Church.

The states these two men helmed, however, were miles apart despite sharing a border and even an alliance for years. Germany was an industrialized power with a maritime colonial empire, a flourishing industrial economy, state funding of the arts and sciences, a well-entrenched bourgeois public sphere, and a welfare state. Russia had few of these. Even with the coming of the 20th century she was still a peasant nation nation with an incomplete modernization process. Russia was a state with a massive, centralized bureaucracy that was unwilling to relent, which made industrialization very difficult, and the failure of modernization pushes by men such as Count Witte or Prime Minister Stolypin led to Russian classes being alienated and unwilling to cooperate.

This can be seen in the actions of their monarchs. The Kaiser saw himself as a man of the center, pushing himself as a symbol of German unity. One of the earliest actions of his reign was a disagreement with Bismarck over the treatment of German workers. He saw himself as the protector of the workers, and wished to see workers’ benefits and the welfare state expanded. Willy attempted to be apart of the “Social Monarchy” that was at the heart of modernization in Europe and attempted to be fully involved in the continued modernization of Germany. The Tsar had no interest in a Social Monarchy. Nicky wished to see the preservation of medieval autocracy and was deeply anxious of modernization. It is here that we see the roots of the Tsar’s infamous anti-semitism, and what these men mean.

The Kaiser, for all his flaws, attempted to be a modern monarch, and was blamed for the death of his empire. The Tsar was an anti-semite who refused to even entertain modernity, and was then seen as a victim of bolshevism. Would we had said the same of Willy if he was shot brutally by German extremists? This is not to suggest that the Kaiser should be fully exhumed and romanticized. But why do we romanticize an infamous autocrat whilst damning a deeply flawed but ultimately parliamentarian monarch? 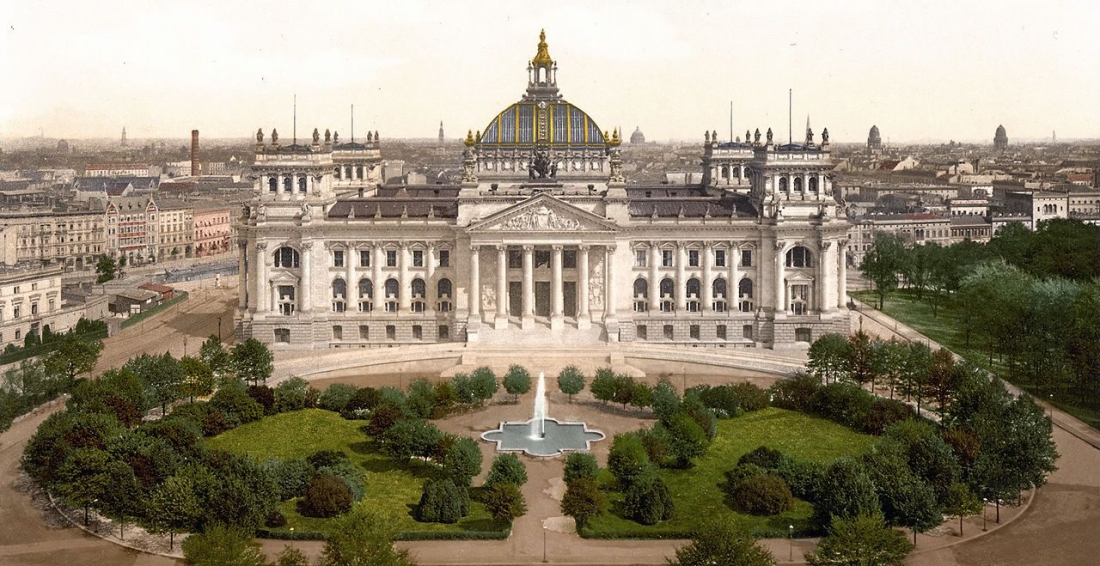 I speak often on the issue of Kaiser Wilhelm II as of late, not merely because of my preexisting fascination but due to the literature I have been reviewing lately. There comes Christopher Clark’s 2000 book on the Kaiser, and Robert Waite’s The Kaiser and the Führer that I have mentioned in the previous post, and also literature for an OSU seminar class taught by Professor David Hoffmann on the regime of Joesph Stalin. The latter literature concerns articles by Ronald Grigor Suny and Martin Malia that concern the relationship between the Stalin’s personality and the nature of his regime. Such concerns are also at the heart of discussions concerning our aforementioned Kaiser. John Röhl, probably the most authoritative researcher of Wilhelm II, argues that the nature of the Kaiserreich was often dictated by the mercurial and pseudo-absolutist nature of Wilhelm himself.

The issue I have with this argument is that it understates the democratic organs of the Kaiserreich. The Kaiserreich was a state with a quite democratic core in the Reichstag and a full judicial wing symbolically housed far from Berlin in a massive building in Leipzig. The Reichstag was an institution elected by full universal male suffrage and would contain, at the start of the First World War, the largest socialist party in all of Europe. Its power is not marginal either, there is constant evidence of figures like Bismarck and the Kaiser having to deal with an “unruly” Reichstag. To return to Stalin, the personalist narrative holds much more water as any organs of state that could had fought off the rise of Stalin were killed off by the Bolsheviks in their fight for a “Dictatorship of the Proletariat.” Stalin was far more responsible for the nature of his state than anyone else, so the analysis of his character actually does do much to explain the nature of his regime.

With the Kaiser, understanding his personality does quite little to fully explain the activity and nature of the Kaiserreich from 1888 to 1918. The Kaiserreich was a state that had fully operational organs of democratic and balancing power, and they had much say in how the leaders of the Kaiserreich (whether the Chancellor, Ministers, or even the Kaiser) acted, at least in the civilian sphere. Whilst the mercurial personality of the Kaiser is not something to be thrown away in the context of understanding Kaiserreich politics, it is not to be compared to the relationship between personality and totalitarian regimes. This should always be remembered, particularly when we make Sonderweg-style arguments connecting the Kaiserreich to the “Third Reich.”

A special thanks to Professor Hoffmann for triggering these comparative thoughts. 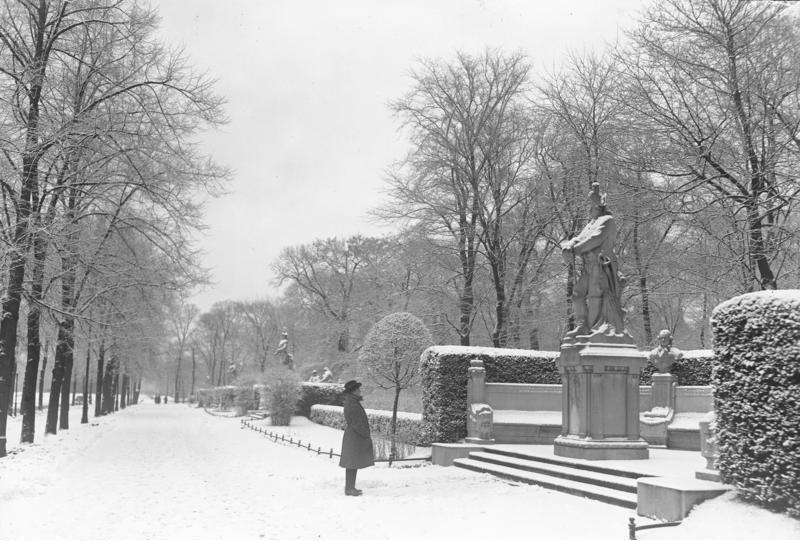 Dedicated on December 18th, 1901, the Victory Avenue in Berlin became an emblematic symbol of Kaiser Wilhelm II’s reign as perceived by intellectual circles in the Kaiserreich: crude and overly bombastic. The avenue, consisting of a series of statues to former Prussian kings, was named the “Avenue of Dolls” by Berliners. It became not only a symbol of dissatisfaction with the Kaiser himself, but with dissatisfaction with Berliner historicism. Christopher Clark, in his book Iron Kingdom, frames these issues in the light of a disconnect between Prussian state culture and contemporary German culture. The Kaiser, in a speech he gave at its dedication, framed it in the following light: “An art that oversteps the laws and boundaries which I have indicated is no longer art; it is factory work, it is trade, and that no art dare become.”

As easy as it is to frame this event in the light of autocratic pomposity, Kaiser Wilhelm II also presents this avenue in the light of soft populism, “art must help to educate the people; it must give the lower classes, after their cramping exertions, the opportunity to right themselves again through ideals.” From this comes an Industrial-Period yearning to raise-up the lower dregs of society through high works. This was also the ideology of the Hobrecht Plan to expand Berlin: neo-renaissance city palaces that hold all the classes. The plan, in that singular regard, failed and instead gave rise to Berlin’s infamous “Rental Barracks”, but the idealism is still there. This is the backing of the Kaiser’s support for historicism in this particular context, “The fostering of the ideal is the greatest work of culture; and if we wish to be and to remain a pattern in this for other peoples, then we must work all together; and if culture is to accomplish its full task, then it must penetrate through to the very lower strata of the people.”

To be certain, the Kaiser’s desires are certainly anachronistic as this speech also contains many a reference to, “great achievements in the art of the Middles Ages and of the Italians,” and is a hardly veiled insult to modern art. These views, however, come connected to an interesting social idealism that makes the issue a little more complex than upon first blush. Whilst they seem to have not gained much contemporary enthusiasm nor do they remove the aforementioned reactionary opinions, they are an interesting thought exercise for those interested in the Imperial era. This is rather emblematic for the reign of Kaiser Wilhelm II. The more you look and scratch into the nature of his reign, the most complexities and contradictions you find.